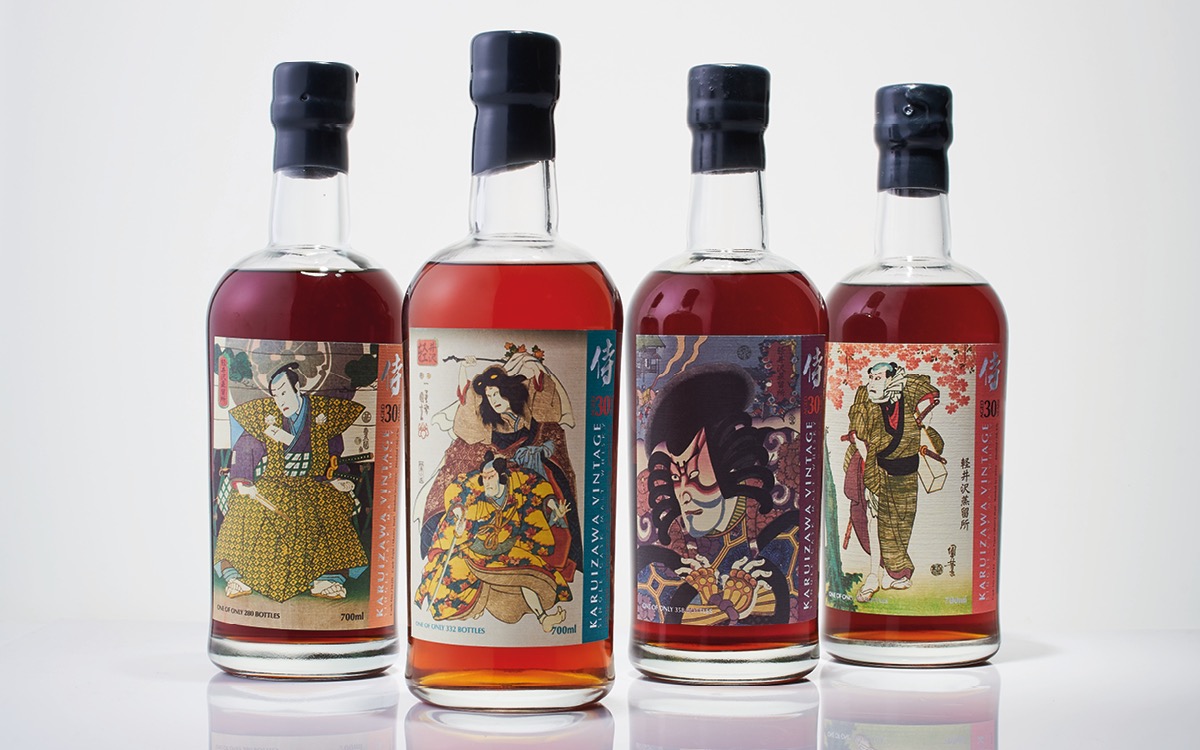 Aaron Chan knows how to play his cards.

Featuring an ace of spades on its label, it was part of the 54-bottle collection known as the “Full Card Series” (a full deck of 52 playing cards and two jokers) from Ichiro Hanyu distillery that Chan put up for auction.  Each bottle was sold individually, fetching a total of 1,52 million US Dollars, earning him more than ten times what he spent building the collection.

“I thought it would be extremely difficult to justify opening a bottle to drink when each one might sell for 100,000 Hong Kong Dollars,” said Chan, who runs Club Q whisky bar in Hong Kong. That was an understatement: The most expensive bottle in the set, the 10 of Spades, sold for seven times that figure.

Move over Macallan. Step aside Speyside. Iconic Japanese single malts are the latest rage. Little known outside a coterie of collectors, Japanese whiskies shot from relative obscurity to global stardom when, much to the chagrin of Scotland's most venerable producers, the Yamazaki Single Malt Sherry Cask 2013 clinched the world’s best whisky in Jim Murray’s Whiskey Bible 2015. In no time Japanese whiskies including Hibiki, Yoichi and Chichibu started selling out at bars and specialty shops from Manhattan to Munich.

Nowhere has the popularity of Japanese whiskies taken off faster than in China. A decade ago, China's nouveaux riches were responsible for the surge in demand for first-growth Bordeaux and top Burgundies. They have now turned to Japanese whisky as the ultimate symbol of status and sophistication.

“The Chinese are crazy about it,” says Sherry Woo, shop manager at Liquid Gold, a whisky shop in Hong Kong. “It’s a way of showing off that that not only am I rich, but I am smart to have this bottle that not everyone else can. They don’t care how much they spend.”

While westerners might make a rare single malt last more than a year by sipping a dram or two at a time, in China drinking Japanese whisky can resemble more of a competitive sport. It’s common for hosts to share bottles costing tens of thousands of dollars at banquets and business meals, exhorting their guests to participate in endless rounds of knee-buckling toasts until the last drop is consumed.

Lately, Covid-19 lockdowns have also increased the appeal of buying whisky. Just ask Steven Hao, a 27-year old from Hong Kong who’d never bought a bottle of Japanese whisky before the pandemic. But that didn’t stop him from plunking down 47,500 Hong Kong Dollars - or 6,105 US Dollars - for a 30-Year Old 1985 Karuizawa at Christie’s in November. “I’m going to share this bottle with friends over the holidays since we can’t go out,” he said after the sale. “And I really like the Samurai label on the bottle which I can display when it’s finished.”

Whisky takes years to mature and producers in Japan have struggled to keep up with soaring global demand. The country has fewer than ten active distilleries compared with more than 130 in Scotland. Their relative scarcity has resulted in eye-popping returns in the secondary market. According to Edinburgh-based Whisky 101, which tracks the market in rare whiskies, the Japanese 100 Index more than doubled in the three years ending November 30. That compares with just an 11 percent increase for the comparable index of rare Scotch whiskies.

Yet the history of Japanese whisky making is barely a century old. It began in 1920 when Masataka Taketsuru, the son of a prominent sake brewing family, returned to Japan after three years in Scotland where he studied the art of single malt distilling - and married a local lass; Jessie Roberta, called "Rita". In 1923, in a town outside Kyoto known for its excellent water, Taketsuru teamed up with the Japanese businessman Shinjiro Torii to open Yamazaki Distillery, the country’s first whisky maker. It is now owned by Japanese drinks giant Suntory. Another famous Suntory brand, the 17-year-old blended whisky Hibiki, was featured in the Hollywood film “Lost in Translation” with Bill Murray as its pitchman.

But in 1934, Taketsuru decided to found his own distillery where the conditions were more suitable to whisky making. He and his wife Rita moved north to the idyllic town of Yoichi on the island of Hokkaido, chosen for its climate and topography which resembled the Scottish Highlands. They founded Nikka Whisky, which released its first bottling in 1940.

But the war years were challenging for the Taketsurus. Rita was viewed with suspicion as a foreigner, but her Scottish roots also worked in their favour. As a foreigner, she was able to help Matasaka run the business, something a traditional Japanese wife would never have been allowed to do.

However, whisky drinking in Japan was slow to take off until the post-war economic boom. Even then, the bulk of production was devoted to blended whiskies which require less aging and can be produced in mass quantities, while single malt distilling was a niche but profitable business. However, the prolonged Japanese recession of the 1990s forced some smaller distilleries to stop production.

Thousands of casks of inventory were left behind by these “silent distilleries”, including the two best known casualties, Hanyu and Karuizawa, which were sold off and have changed hands several times. Today, owners of the remaining casks of the amber liquid continue to release limited edition bottlings, which command huge premiums because of their taste and scarcity.

The Karuizawa 1960 is considered by many as the holy grail of Japanese whiskies. Aged for 52 years and bottled in 2013 or 23 years after the distillery was shuttered, each of the 41 bottles comes with a unique Japanese netsuke around its neck – a Japanese miniature sculpture. The first one to appear to auction sold for 118,000 US Dollars in August 2015 at Bonhams. In May 2020, Sotheby’s London sold another one for 363,000 British pounds or 483,000 US Dollars.

Whisky is an appealing alternative to wine as an investment both for bottlers and consumers. Whereas top Bordeaux reds like Mouton-Rothschild spend about 19 to 22 months aging in barrels and reach their drinking peak a decade or two after being bottled, there is theoretically no limit to the length of time whisky can spend in a cask, allowing producers complete flexibility to choose when and how much to bottle. What’s more, while wine must be stored at optimal temperature and humidity levels and should be consumed within hours of pulling the cork, whisky can sit in the bottle at room temperature indefinitely, and can last up to a year once the bottle is opened.

Because whisky evaporates while it’s aging in the cask, a percentage known as the “angels' share” is lost every year - a 50-year-old barrel can lose as much as 60 percent of its contents. This explains why older bottlings can cost hundreds of times as much as a standard 10-year old from the same distillery, not to mention the improvements in taste that come with age.

Knowing the difference requires doing your homework, says Adam Bilbey, head of Sotheby’s Wine in Hong Kong. “I would err on the side of caution of any new releases offered at very high prices. You have to research and do your due diligence. Just because it’s old doesn’t mean it’s a great bottling.” He estimates that as much as 30 percent of buyers are speculators, and the other 70 percent are looking for trophy bottles. The good news is it’s easy to track prices and buy online through the major auction houses and websites like Whiskey Exchange.

Meanwhile, prices for rare whiskies on the secondary market continue to climb. In June 2020, Yamazaki released just 100 bottles of its 55-year old single malt in a lottery restricted to Japanese citizens, for 3 million yen or 29,000 US Dollars each. Two months later, one of those bottles fetched 6,200,000 Hong Kong Dollars or 799,700 US Dollars at Bonhams in Hong Kong, setting a new auction record for a Japanese single malt.

The frothiness in the market is making Daniel Lam, whisky specialist Bonhams Hong Kong, feel a little uneasy. “More and more non-whisky drinkers are treating it as an investment and as a drinker, that makes me uncomfortable. Things are becoming highly speculative.” 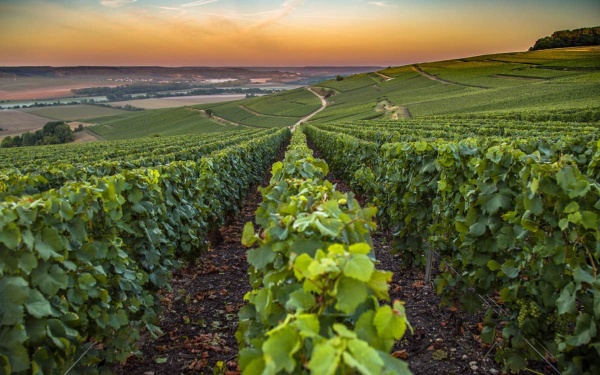 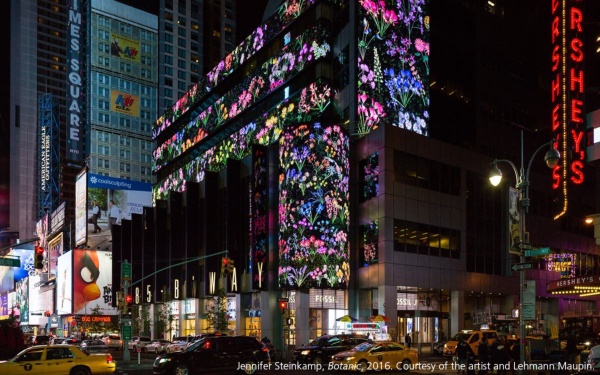