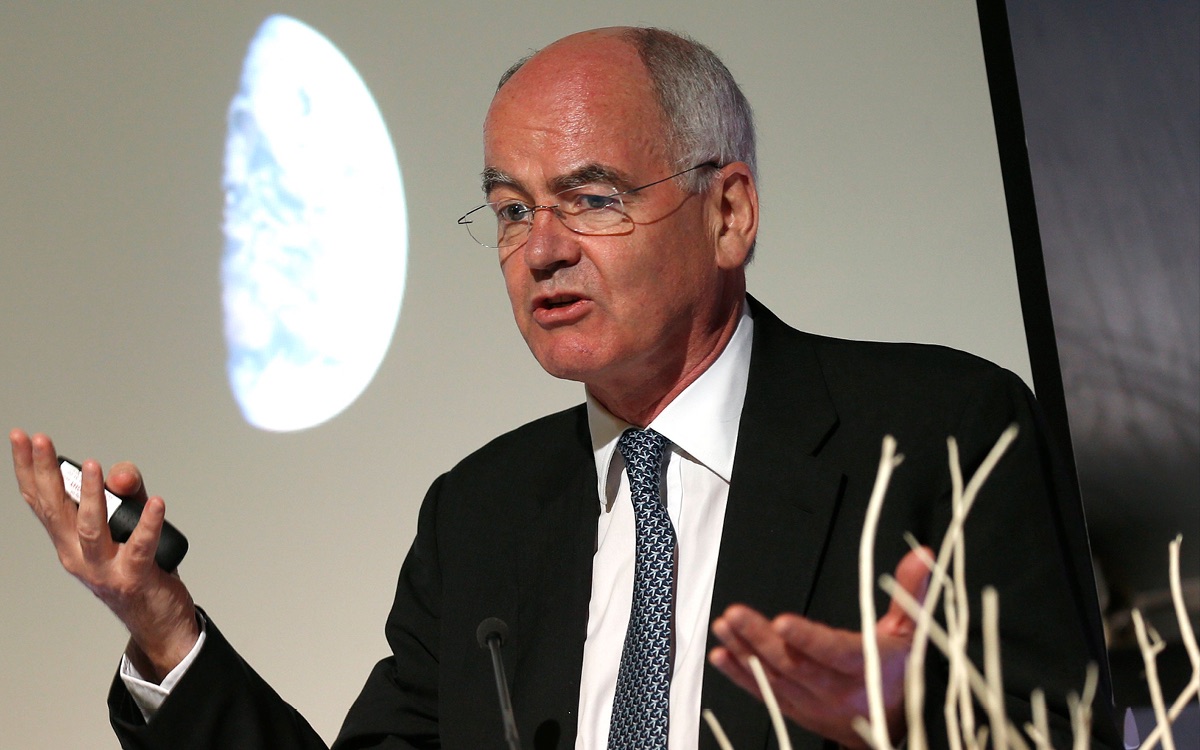 John Elkington, entrepreneur and inventor of the Triple Bottom Line, has been championing sustainable businesses for over thirty years. Today, he is cautiously optimistic about the future - despite climate change.

It is a deeply concerned, but cautiously optimistic, John Elkington who muses about prospects for the planet ahead of this year’s United Nations COP26 climate conference in Glasgow.

A pioneer of sustainability, it was in the mid-1990s that Elkington coined the concept of the “triple bottom line” – the notion that business should think beyond immediate profit and take into account social and environmental issues too. Almost from childhood, the writer, consultant and veteran campaigner, now 71, has worked tirelessly to make companies and consumers more aware of the effects of what they do on the planet.

“I was born an optimist. But I think we’re now at a critical point. There’s a real chance that we’ll mess things up. But I’m optimistic that our species sometimes does its best work when it is backed into a corner”, he tells MAG/NET in an interview.

“In that sense, the conditions are now right for another industrial revolution”, he says. “Just look at the vast sums the European Union, and even more so the Biden administration in the US, are now committing to green, decarbonized and socially inclusive “new deals”. So I’m immensely optimistic governments can work out how to spend these unprecedented funds in the right way.”

Elkington, who over the years has worked closely with NGOs like the World Wildlife Fund and Greenpeace, draws some comfort from the spiralling awareness of concepts like Corporate Social Responsibility and Environmental, Social and Governance responsibilities. He is pleased that what were once dismissed as fringe messages have become virtually mainstream. “There was a time when ‘top people’ wouldn’t even let us in through the front door”, he recalls. “Thank goodness a lot of them are gone now – and the next generation of leaders think, indeed, are different.”

Family businesses think in the long-term

“But I’ve been around long enough to know what mainstreams also dilute over time. In the case of ESG, there are a lot of funds and others jumping onto the bandwagon. Still, that’s an important stepping stone. The growing emphasis on sustainability in money markets – and the greater activism demonstrated by some big institutional investors about global warming and human rights – must be encouraged.”

Elkington is convinced family-owned companies have a special role to play. Apart from their – often underappreciated – importance in the global economy, such groups can be decisive nationally. In countries like Germany, Austria and Switzerland, for example, entrepreneurial family-owned businesses are backbones of the economy.

The fact that many such businesses think long term is a cliché for good reasons, he says. “That’s often the reality. Family ownership makes people care more about the future. Family owners take pride in their names and reputations, so there’s a greater emotional investment at stake.”

“Yet while I recognise a great deal has been done, the harsh fact is that we haven’t achieved nearly enough”, Elkington observes. “Future generations will not easily forgive us for allowing their inheritance to go up in flames. It’s reminiscent of WWII. No one can now claim not to know what is happening – the only question now is what we do about it.”

Does he feel vindicated that so many of today’s politicians and chief executives have grown concerned about environmental and other sustainability issues?  “I really don’t feel any sense of vindication because in the period I’ve been working on all this, things have become dramatically worse. I fear we’re headed into a very, very difficult period and saying We told you so isn’t going to help anyone.”

As grave a threat as global warming and its associated challenges are the massive risks from biodiversity, he says, both on land and in the oceans. "We have lost around two thirds of wildlife since 1970. How could I feel vindicated? The truth, is I feel outraged. The question now is how do we regenerate the critical systems on which our futures depend?”

From Green Consumers to Green Swans

For all his fighting talk, Elkington has fought by the pen and the word, not the sword. The author or co-author of 20 books on environmental, sustainability and governance issues – including the 1 million copy selling Green Consumer Guide of 1980 as well as countless articles – he has preferred whenever possible to use diplomacy, and fostering change from the inside.

His various start-ups, all of which still exist, began with Environmental Data Services in 1978, running through SustainAbility in 1983 and then Volans Ventures from 2008, have advised many of the world’s best known brands. “It was my great good fortune to grow up with the environmental movement and to help found the modern sustainability movement,” he says. “I was also lucky in that I decided to engage business way ahead of most people in the field.”

“Some will assume that I’ve mellowed. Not so. If anything, I’ve actually become more agitated. But I have always seen business as key to solving our greatest challenges. My approach has been to act as a positive Trojan Horse, invited into companies to advise, and then planting the seeds of transformational change.”

One development which clearly encourages him is the profound commitment of so many young people around the world to sounding the alarm about climate change. “The younger generation are now make-or-break”, he says. “We can’t simply dump this mess in their laps, indeed it’s a pan-generational challenge where we all must get engaged. But the brunt of this will now fall on the young. We must do everything we can to prepare and support them.”

And what about Greta Thunberg? “We are profoundly privileged to have someone that engaged – and engaging”, he says. Not only does Elkington – who as a schoolboy in 1961 raised money for the nascent WWF – speak admiringly of Greta’s commitment, concern, and dry humour, but he also praises her awareness that all politics can have a darker side.

“I’ve attended school climate strike marches. Wonderful energy! And one of the key Extinction Rebellion protests was just by our London offices. I talked to some participants, and you could sense the underlying anger and frustration. If we are not careful, this could flash over into real violence, I think. Greta has been extraordinarily effective at deflecting some of that, but it would be mad to expect that pot to simmer indefinitely.”

Is there a risk, though, of ‘Greta fatigue’ – that we may eventually tire of deeply committed and highly articulate youngsters castigating their parents for their environmental sins?  “That’s certainly a risk. All lobby groups and change agendas have a shelf life. There’s only a given amount of time you can hold people’s attention. Human being can only remain concerned and outraged for a certain time.”

But what reassures Elkington is that so many adults now also understand the risks of climate change. Often that’s because ever more of them have had direct experience of freak weather conditions, natural disasters or other ecological anomalies. “They can see it’s happening now, all around us. The Exponential Twenties will see a massive acceleration in both concern and action.”

On the upside – Elkington sees growing evidence of what he dubs Green Swans. This takes its inspiration from The Black Swan, the bestselling 2007 book by Nassim Nicholas Taleb, in which the author spotlights the extreme negative impact of rare and unpredictable events.

Elkington’s Green Swans, by contrast, are similarly rare and unpredictable occurrences, but with the potential to take us in directions we now need to travel. A Green Swan, he explains, delivers exponential progress in the form of economic, social and environmental wealth creation. The rise of electric carmaker Tesla is one such example, he suggests, with an insurgent developing a concept long discarded by established, and much bigger, incumbents.

“We now have our best, last chance to turn these immense challenges into some of tomorrow’s biggest market opportunities”, he says. “Every sort of business will be impacted, with some deciding to ride the wave of change – and others wiped out along the way. Family-owned businesses have huge potential in the Green Swan area, given their potential to think, plan and invest for the longer term. And, in my experience, that’s what the next generation of owners want. This is their future – and growing numbers of them want to be part of the regenerative economy.” 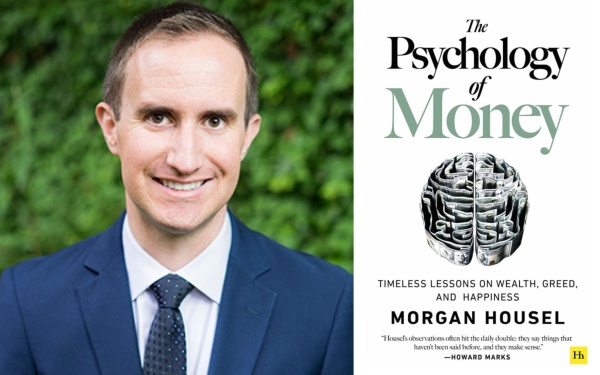 Financial Knowledge The Psychology of Money, or What makes an Investor successful? Apr 26, 2021 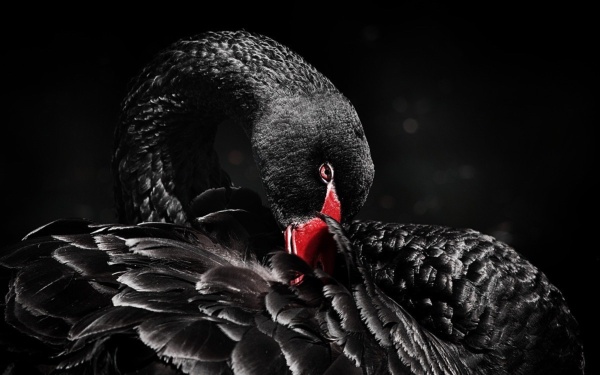 Portfolio strategies The corona pandemic: a white swan, not a black swan May 20, 2020