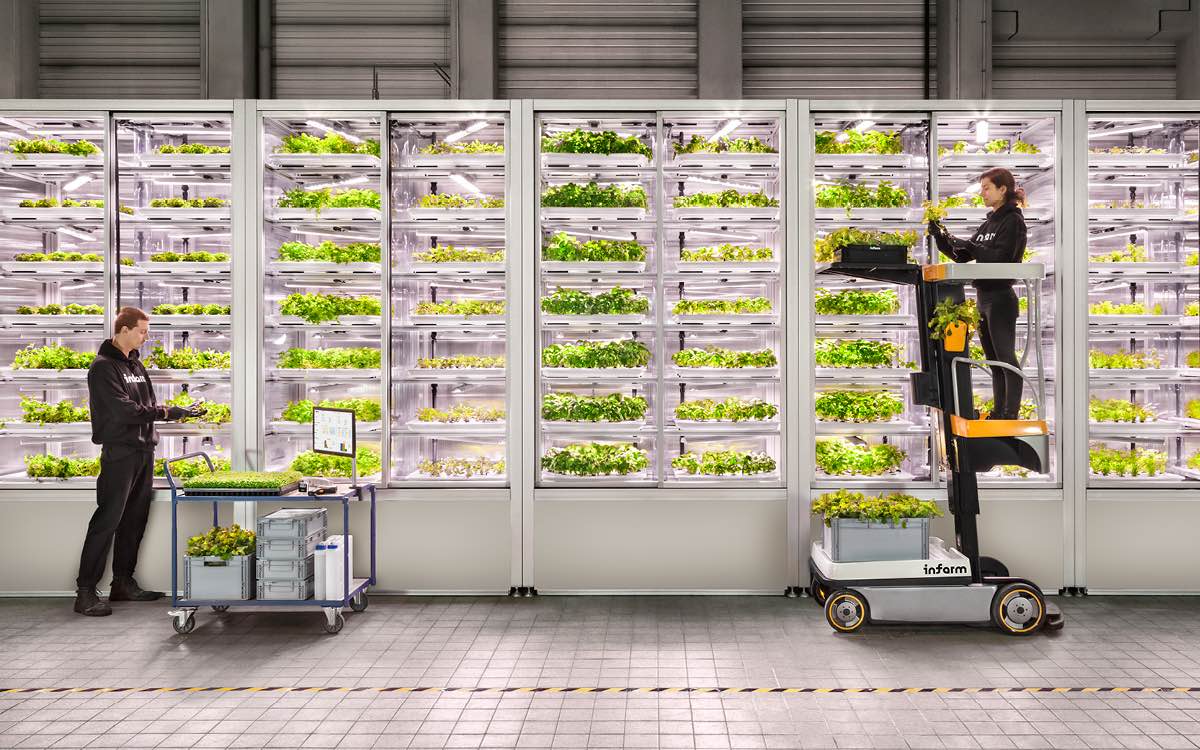 How we are going to feed the next billion people? Vertical farming might be the answer.

Most home cooks buy a pot of basil and watch it shrivel on a window sill, occasionally harvesting a few leaves for a pasta sauce before the plant gives up and dies. In 2013, three Israeli flatmates in Berlin felt like there could be a better way to cultivate fresh food inside.

Osnat Michaeli, her partner Erez Galonska and his brother Guy started looking for inspiration on YouTube. Then they hit Amazon, ordering irrigation tubes that were soon winding through the rooms of their home in the German capital’s fashionable Kreuzberg district.

They grew spinach, lettuce and herbs, perfecting hi-tech methods of feeding and watering the plants so that there was less in the fridge, and more fresh food on their plates.

Seven years later, Infarm, the startup the three Israelis launched later that year, has just raised 170 million Dollars in the latest - and biggest - round of investing in its “vertical farming” network. Its produce will now grow in its automated, cloud-connected units in the aisles of some of the world’s biggest grocery chains, from Aldi Süd in Germany to Safeway in Canada, Kroger in the US and Marks & Spencer and Selfridges in the UK.

Agriculture in the supermarket

The new investment, led by LGT Lightstone, completes a rapid journey from a Berlin flat to the supermarket big time. It also reflects a shift in the global food system, as an increasingly urbanised world races to find more sustainable ways to feed a growing population with an insatiable appetite for fresh food.

“If you think about where fresh produce comes from today, it’s usually shipped in via long and inefficient supply chains,” says Nigel McCleave at LGT Lightstone, based in London. “The appeal of a business like this is that you can grow produce where you are, creating a better experience for consumers and a more efficient procurement process for businesses.”

Infarm brings agriculture into the supermarket. Its branded, propriety units, versions of which can also be stacked in warehouse farms, look like giant wine fridges. Shoppers can see what’s growing inside, and harvest what they want, including lettuce, spinach, basil and thyme, as well as bok choy, Peruvian mint and even wasabi rocket.

Without sun and earth

Crops grow on a platform of water, requiring no soil, in modular units with sun-replicating LED lights. The units can be easily connected to create vertical farms of any size. Dozens of sensors monitor irrigation, nutrient levels, humidity and temperature, all of which are controlled remotely via the cloud. Infarm’s central control centre also uses the data from its units to perfect growing conditions across its network.

Infarm, which now operates in more than 30 cities in ten countries, says it now harvests more than 500'000 plants a month. Its units, meanwhile, use 99.5% less space than traditional farming, 95% less water, 90% less transport and no chemical pesticides. 90% of the electricity the network uses comes from renewable sources.

The new investment, which brings total funding in Infarm to more than 300 million Dollars, will help the company multiply its facilities from 45'000 square meters by the end of 2020 to over 450'000 square meters by 2025. “It will help us make a truly global impact, preserving thousands of acres of land, millions of liters of water and ultimately change the way people grow, eat and think about food,” Erez Galonska, Co-founder and CEO of Infarm, said after the deal was announced in September.

Plants from the bomb shelter

The idea of vertical farming has been around for at least 20 years. In 1999, Dickson Despommier, a professor of Public and Environmental Health at Columbia University in New York, designed a skyscraper farm that would be large enough to feed 50,000 people.

The building never left the drawing board, but it planted a seed in the minds of innovators. Since then, vertical farms of varying kinds have grown around the world, not always with humans in mind. One of the earliest vertical farms started in Paignton Zoo in South-west England as a way to feed the animals.

But creating commercial vertical farms capable of large volumes at affordable prices has been a huge challenge for agricultural disruptors. Infarm is at the forefront of a new generation of growers who have cracked the conundrum. “I think we’ve developed a model that makes sense of the market,” says Emmanuel Evita, Infarm’s global head of communications.

How do we feed the next billion people?

Evita also believes the timing of the new investment, coming as it does during a global pandemic, is significant. “This virus has really forced us to consider how fragile our supply chains are and how exposed we are to ecological challenges that have themselves accelerated,” he adds.

That shift in thinking became evident across the world as soon as lockdown restrictions were imposed. The suppliers of compost and vegetable seeds struggled to meet demand as people began to grow their own food, whether out of financial or emotional necessity.

As we return to the convenience of supermarkets, Evita says the spread of in-store farming units will both promote commercial urban agriculture, while also reflecting growing demand for fresh food – and the knowledge of its origins. “We welcome this type of transparency because the traditional supply chains are so opaque,” Evita adds.

Even as Infarm flourishes with new investment, vertical farming is a rice grain in the paddy field of global agriculture. “We need to ask how we are going to feed the next billion people in a sustainable way,” McCleave says. “Today, urban farming is a small part of global food production, but it has the potential to play an important and additive role in the food system of tomorrow.”

In Berlin, Michaeli and the Galonska brothers now command a burgeoning agricultural empire, with a growing global workforce of more than 600 people. They plan now to add more varieties to their farms, including fruits and vegetables that are harder to cultivate inside. It’s a long way from their experiments only seven years ago. They no longer share a flat.

LGT Lightstone is an impact investing initiative to build a global multi-billion dollar investing platform focused on scalable businesses that provide access to improved livelihoods. LGT Lightsone is building a portfolio of companies with pioneering innovation for deep long-term impact. It is part of LGT Group. 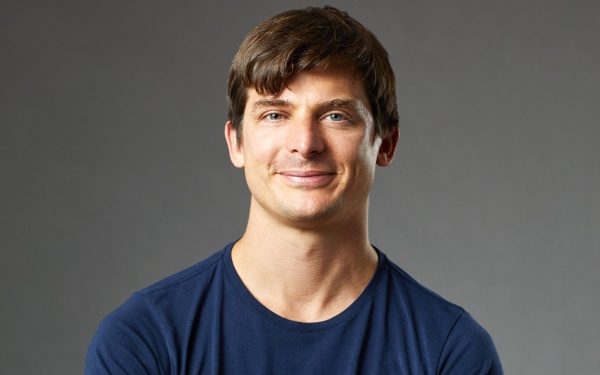 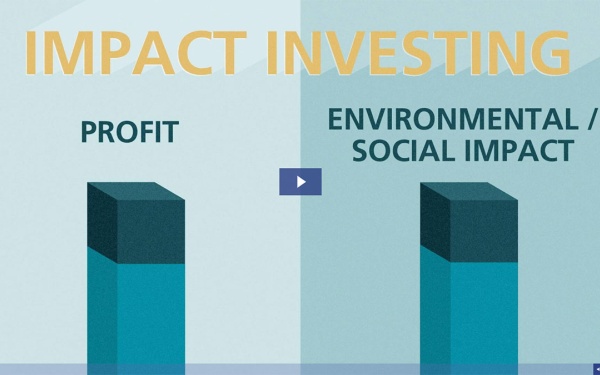 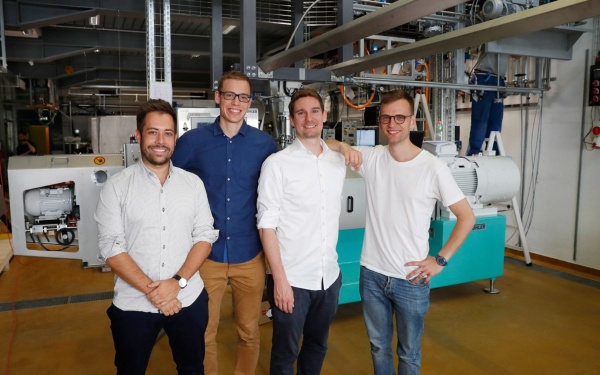 Leadership Swiss startup Planted: "Without a vision, your energy runs out quickly" Feb 14, 2020